PROF SHAHZAD SHAMS AND HIS TEAM ARE THE FIRST TO START TRANSLABYRINTHINE SURGERY TECHNIQUE AND APPROACH WHICH MAKES THE ACOUSTIC NEUROMA SURGERY SAFE WITH COMPLETE REMOVAL OF TUMOUR AND EXCELLENT RESULTS WITH THIS MINIMALLY INVASIVE KEY HOLE SURGERY.

Prof Shahzad Shams and his team are the first and only team in Pakistan to start Translabyrinthine surgery and approach for Acoustic neuroma surgery which is the safest technique for complete removal of tumor. With the help of this technique complete excision with complete safety is now possible and after surgery patient is cured as it is a benign tumor.

Prof Shahzad Shams and his team are the first and only team in Pakistan to start Translabyrinthine surgery and approach for Acoustic neuroma surgery which is the safest technique for complete removal of tumor. With the help of this technique complete excision with complete safety is now possible and after surgery patient is cured as it is a benign tumor.

The total excision of a large acoustic neuroma remained one of the major operative challenges but with Translabyrinthine approach it is now possible to remove acoustic tumor completely and radically and safely.

Safest and best technique perfromed by only one Team of Prof Shahzad Shams in Pakistan called Translabyrinthine approach for Acoustic Neuroma surgery.

Macroscopically, the acoustic schwannoma is lobulated with a capsule that separates it from the surrounding neural structures. Small tumours occupy the porus of the internal auditory canal and, as the tumour grows, the 8th nerve is destroyed and the adjacent cranial nerves become stretched around the tumour.

The 7th nerve is typically displaced on the ventral and anterior surface of the tumour and the trigeminal nerve is carried upwards and forwards by the upper pole. The 6th nerve lies ventral and usally medical to the major mass and the lower cranial nerve and displaced around the inferior pole of the tumour. As the tumour grows medially it compresses and displaces the cerebellum and distorts the brain stem. Large tumours will result in obstruction of the 4th ventricle and hydrocephalus.

The presenting features will depend on the size of the tumour at the time of diagnosis. The earlier symptoms are associated with 8th nerve involvement. Tinnitus and unilateral partial or complete sensorineural hearing loss are the earliest features. Episodes of vertigo may occur but these maybe difficult to distinguish from Meniere’s disease. Although the tumour causes compression of the facial nerve, the growth of the tumour is so slow that facial paresis is not evident until the tumour is large.

At that stage 5th nerve compression may be evident, with diminished facial sensation and a depressed corneal reflex. Cerebellar involvement will result in ataxia and stem compression will cause a contralateral hemiparesis. If a large tumour has cause obstructive hydrocephalus the patient will also present with features of raised intracranial pressure.

The CT scan will show an enhancing tumour in the cerebellopontine angle. The internal auditory meatus will be widened indicating that the tumour has arisen from the 8th cranial nerve . While there is no difficulty in diagnosing a tumour large enough to be evident on the CT scan, very small acoustic neuromas, which are predominantly within the internal auditory canal, may be more difficult to diagnose. These tumours may be seen on high quality CT scan but are particularly evident using MRI, especially following gadolinium contras

Pure tone audiometry, both by air and bone conduction is an essential part of the investigation of a patient with an acoustic neuroma. Other special auditory test have been developed, including the use of brain stem auditory evoked response test (which is particularly sensitive for changes in the retrocochlear auditory system)and are helpful in diagnosing a small intracanalicular tumour.

Vestibular function is in paired early in patients with acoustic neromas and nystagmus is a frequent neurological finding. The hallpike caloric test is carried out with the patient suine on a couch and the had raised to 30â‚€C above horizontal, bringing the horizontal canals into the vertical plane with the position of maximum sensitivity the thermal stimuli. Warm and cool water is irrigated and the nystagmus reaction observed. The caloric response on the side of the acoustic nerve tumour is depressed or absent.

The total excision of a large acoustic neuroma remains one of the major operative challenges in what cushing has described as ‘the gloomy corner of neurologic surgery’.

The aim of the operation is complete resection of the tumour while sparing the adjacent neural structures. If the patient presents with a large tumour causing serve hydrocephalus and raised intracranial pressure, a preliminary ventriculoperitoneal shunt or ventricular drain may be considered. Steroid administration prior to surgery is advisable if the tumour is large.

The patient is usually positioned on their side, with the head flexed in the three-point headrest, although some surgeons prefer the patient to be in sitting position. The operation is performed through a unilateral “retrosigmoid craniotomy”. After opening the dura, removal of CSF from either the cistern magna or lateral cisterns provides exposure for exploration of the cerebellopontine angle. The central ‘core’ of a large tumour is debulked, often with the aid of the ultrasonic aspirator or COâ‚‚ laser. The capsule of the tumour is then gently peeled away from the cerebellum, brain stem and cranial nerves. If the schwannoma is large the 8th nerve is so intimately incorporated into the tumour capsule that its functional preservation is impossible.

The posterior rim of the internal auditory meatus is drilled away, allowing access to the internal auditory canal, so that a complete excision of the tumour is possible. Excision of large acoustic neurological structures, the brain stem and cranial nerves, are often adherent to the capsule. It may be possible to preserve the acoustic section of the 8th cranial nerve if the tumour is small.
Alternative surgical procedures include a translabyrinthine operation. However, this approach provides only restricted access for large tumours, making total excision difficult, and this method cannot preserve the hearing when the tumour is small. 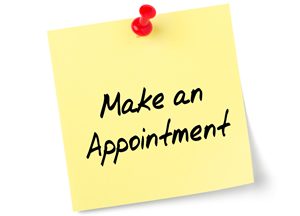