OCD or Obsessive compulsive disorder is one of the most devastating brain disorder which can cripple the life of a person suffering from OCD.

Prof Shahzad Shams is the only neurosurgeon in Pakistan to offer DBS surgery for intractable OCD Obsessive compulsive disease which is not responsive to medical therapy.

DBS stands for Deep Brain Stimulation which is a minor surgery done under local anaesthesia and patient is discharged next day. DBS patients have responded excellently world wide and manged to live a normal life afterwords.

Prof Shahzad Shams is one of the Pioneers of DBS Deep Brain Stimulation surgery for OCD Obsessive compulsive disease in Pakistan and is referred cases from abroad also. He is the first in Pakistan to start DBS surgery in the Private sector at Omar Hospital, Lahore, Pakistan.

He is the best neurosurgeon for DBS Deep Brain Stimulation Surgery for OCD Obsessive compulsive disease in Pakistan and Asia.

Prof Shahzad Shams is the best Neurosurgeon for the treatment with most latest and Advanced techniques for OCD Obsessive compulsive disease with DBS Deep Brain Stimulation Surgery in Lahore, Pakistan.

Programming after deep brain stimulation is a very specialized process for which Prof Shahzad Shams is the best in Pakistan.

Prof Shams MOVEMENT DISORDER CLINIC is the most comprehensive and has robust program for treatment of Coma in Pakistan.

DBS surgery involves putting the tip of a hair-thin wire inside the brain in a special area that controls movement. The patient is awake during surgery to allow the surgical team to assess the patient’s brain functions. The small wire runs up through a small hole in the skull and under the scalp, down to a small device implanted under the collarbone. Local anesthetic is applied to these areas, and the patient is occasionally sedated.

While the electrode is being advanced through the brain, the patient does not feel any pain. Most patients have two implants — one on each side of the brain.

Deep brain stimulation (DBS), or Electric subcortical stimulation, illustrates functional Neurosurgical intervention with Stereotactic placement of Electrodes into Target brain regions. Propagating from an external stimulation device, which becomes internalized via subdermal implantation, Electric impulses traverse the electrodes, stimulating the desired target and invoking therapeutic responses within the patient giving Miraculous cure from all the diseases listed above. Whole procedure is performed in awake patient and they are discharged the next day. 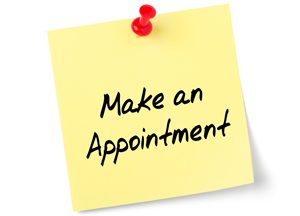